In May 1999, the Backstreet Boys released “Millenium”, an album that would go on to break sales records in its opening week and ultimately become an all-time best-seller. Unbeknownst to the music industry at the time, a pair of young computer coders were also weeks away from launching a file-sharing application called Napster that would allow consumers to listen to music for “free”. Of course, Napster lasted only two years before being shut down by a U.S. federal judge for infringing musical copyrights, although the application would change the music business forever.

It took the music industry over 15 years to recover and adjust after Napster forced it to address the business model disruption caused by music digitization. The industry’s recovery is directly attributable to the emergence and success of music streaming platforms, which now account for more than 80% of industry revenue.

While Spotify, Apple, Amazon and other streaming services have revived the music business by conveniently delivering recorded music on-demand to consumers for a relatively low monthly subscription fee, they have also significantly changed the industry’s economics. Gone are the days where artists and labels could force the purchase of a dozen unpopular songs by attaching them to two or three bona-fide hits on an album. In the world of streaming, individual songs garner the most plays and therefore earn the lion’s share of the money. This new economic structure puts more emphasis on the creation of hit singles, shifts more value to an artist’s back-catalogue of music (as it gets more regular play) and incentivizes artists to do more touring, which has become extremely lucrative.

As an investor in both public and private markets, Bridgeport is in a unique position to holistically evaluate investment opportunities in the music business, wherever they may be found. In general, we have a positive view on investing in music intellectual property rights as we think these assets have enduring value and, in many cases, will produce a growing and steady cash flow stream which are uncorrelated with other asset classes.

We are bullish on the long-term prospects for Pershing’s investment in UMG as it is well documented that music popularity is not purely the product of objective quality, nor is it entirely random; rather, it is affected by social influence where people gravitate to music that is already perceived as popular. UMG, with its vast reach and massive marketing budget, can tip the odds of commercial success in favour of its artists, creating a self-reinforcing positive feedback loop that an independent artist or smaller label cannot easily recreate. This “finger on the scale”, which drives the outsized success of certain artists, also increases the likelihood of a successful concert tour (which the label also manages) and increases the quantity of streaming downloads.

Given these competitive advantages and the recurring free-cash-flow nature of music royalties, the market has awarded UMG a premium valuation. Bill Ackman’s Pershing Square, a publicly listed holding company, has made UMG its single largest holding, valued at around 25% of its total assets. Through our investment in Pershing’s publicly traded shares, we are invested in the future growth of UMG as well as several other highly attractive businesses Pershing owns at a substantial discount to the intrinsic value of the company’s investment portfolio.

While record labels such as UMG can be “hit makers”, an artist’s back catalogue of music is often where the real value lies, as royalties are generated every time a song is played across virtually all forms of media. Streaming is naturally the largest source of royalty generation today, but there is also a tremendous growth opportunity for music royalties with connected fitness, video games and social media. While record labels own a large percentage of pop-culture music catalogues, institutional investors often participate in the industry by allocating capital to specialized private asset managers that acquire music rights directly from artists where they believe they can enhance royalty streams through more active management.

One such asset manager is Round Hill Music which has been investing in music royalties since its founding in 2009 and today ranks as the 6th largest music publisher in the US. Through its various funds, Round Hill owns a large catalogue of music rights including songs written for Matchbox Twenty, Goo Goo Dolls, KISS, The Guess Who, Bryan Adams and Aerosmith. Bridgeport’s Alternative Income Fund has made an investment in Round Hill’s most recent private funds which have investments in hundreds of songs from well-known writers and artists that are expected to generate consistent and uncorrelated investment returns.

While the business model for the music industry has changed, listening to music is a timeless pastime and the avenues for music rights holders to earn royalties continues to expand as new distribution channels emerge such as Peloton and TikTok. We look forward to participating in this growth through our private market and publicly traded investments in this unique sector. 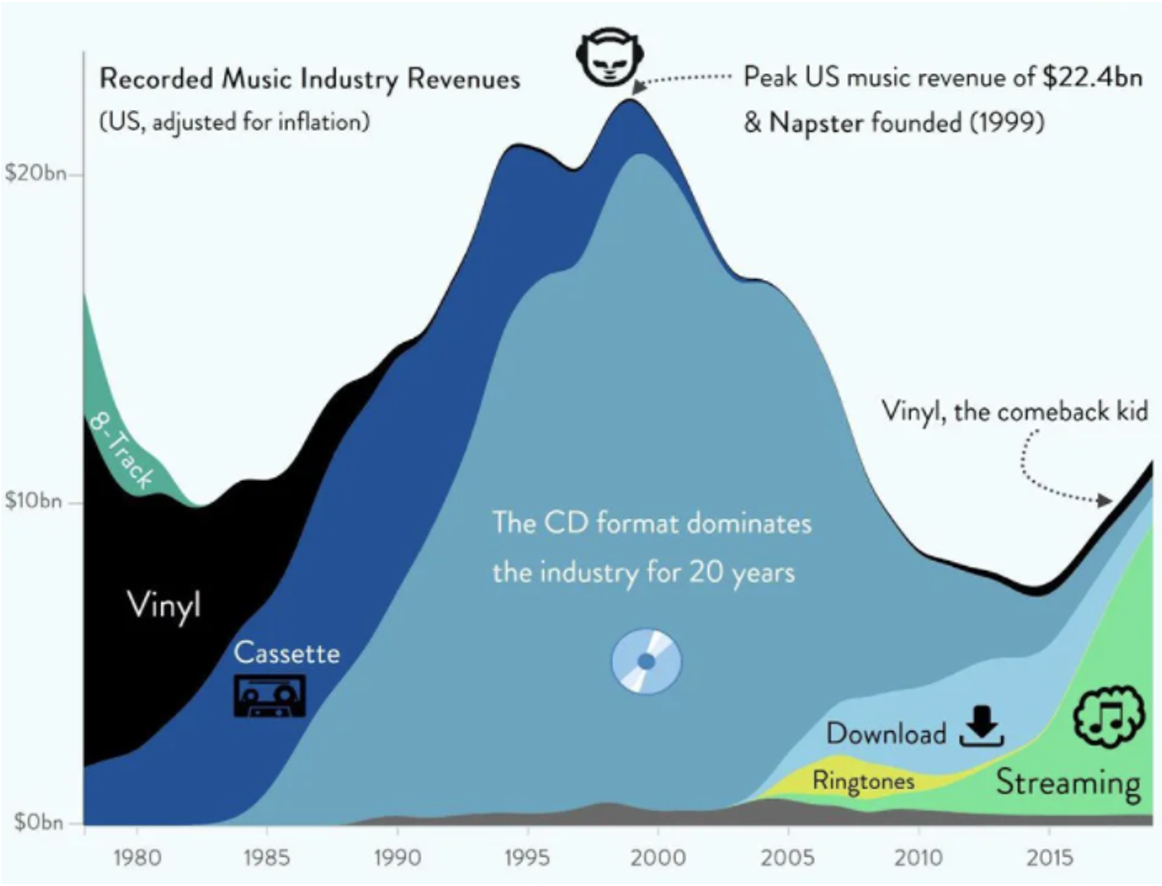 For updates on our funds and fresh perspectives on the markets, the economy, and emerging investment opportunities, sign up for our newsletter.